Phosphate esters play a very important role in all living organisms. The best-known examples are RNA and DNA, but phosphodiester bonds can be found also in carbohydrates and in their conjugates. Phosphorylated sugars and sugar nucleotides serve as the activated form of sugars in glycosylation reactions. Phosphorylation takes also often place as a post-translational modification in peptide synthesis.

The cleavage of phosphodiester bonds of RNA has been extensively studied by several research groups all over the world. Understanding the ribozyme mechanisms and mimicking the action of RNA –cleaving enzymes by simpler and more robust man-made catalysts have been the main motivation of the mechanistic studies. The tradition of mechanistic studies on the cleavage of phosphoesters in our laboratory is longstanding and the present understanding is based on systematic research on the factors that influence the reactivity phosphodiester bonds. More recently, both ribozyme catalysis and catalytic mechanisms by various agents have been studied and it has become clear that a markedly high catalytic activity can only be achieved by proper combination of various factors affecting the cleavage rate. In addition to phosphodiester bonds of RNA, the studies have been extended to other biologically important phosphate compounds. Recently we have been studying the cleavage of sugarnucleotides as potential model compounds for carbohydrate phosphodiester bonds. 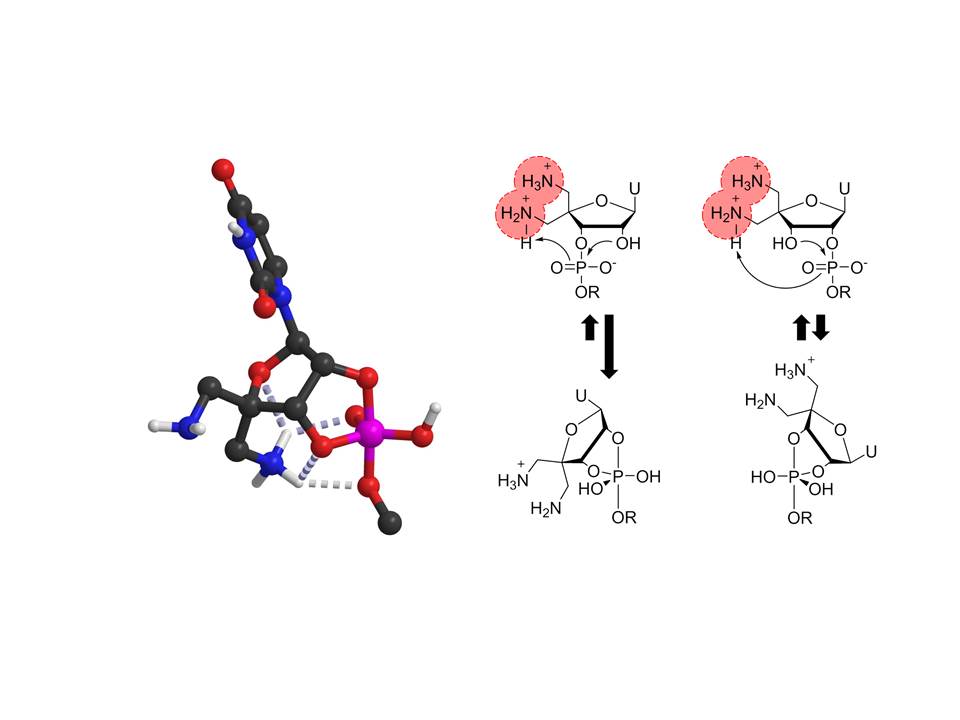